When I was 28, I decided I wanted to become a vet.

This was a long-buried dream that simply wouldn’t go away. Over the years, I pushed it away, told myself to stop being silly and mostly just ignored it. But every so often, the little voice inside me would emerge again, getting louder each time.

With 30 on the horizon, I stopped saying, ‘I can’t’ and started simply pondering the question, ‘Why can’t I?’ The practicalities of perusing my dream were not simple and I knew that this was not going to be an easy undertaking. Always told I could never do it, I had let go of my dream to become a vet at school many years before. I made choices that took me down a completely different path. I had a degree in English literature and, at that time, hadn’t touched a maths or science textbook in over ten years. But I knew that this was the first step. I needed to revise the maths and science I had learnt at school but had since forgotten. So, this is where I started.

After about six months months of sitting in Starbucks revising after work and finding that I was still motivated, I decided that it was now or never. The next step was to apply to do chemistry, biology and maths A levels. And, at the age of 29, I left my job and I went to sixth form college to attempt what I had always been told was impossible. I spent the next two years taking one step after another not knowing if it would pay off.

At any point on this journey, if I over-thought what I was doing or tried to work out the bigger picture, I became overwhelmed and anxious, and then I found it hard to move forward. Instead, I focused on one thing at a time, worked from one assignment and one exam to the next and I steadily accrued a variety of work experience along the way to strengthen my application. I just about found a way to make it work financially. It wasn’t easy, especially when I saw my friends advancing in their careers and I was back sitting in class and had a number of part-time jobs to pay the rent. But on I went.

The next step was applying to go to vet school. Firstly, there aren’t that many universities in the UK where you can train to be a vet, so places are in high demand. Secondly, as a mature student, there was only one university that I could actually afford to go to. The rest had extortionate fees for mature students and were totally out of my reach. So, my goal was narrowed even further. But I still didn’t stop. I just kept searching for the next step and took action over and over again.

And do you know what? I was offered a place at my first-choice university and they even gave me an offer based just on my chemistry and biology results. So, even though I had struggled with maths A level throughout this whole experience, in the end it didn’t matter. Through hard work and determination, I got the grades I needed, accepted my place and made it to vet school. And five years later I qualified as a vet (but that is a whole different story!).

Now, you may be wondering why I am telling you all this and what happened to my dream. A few years after qualifying, I slowly began to realise that the reality of being a vet was no longer my dream and, after having my first daughter, I made the decision not to return when my maternity leave ended.  I found something else that I loved, and I retrained to be a nutritional therapist, so that I could be around for my daughter (and a second daughter who followed three years later). My values had changed and I wanted to create a life that gave me the freedom to fit my work around my family.

For some this seemed that I had thrown away my dream. I was told endlessly that it was a shame that I had wasted so much time on training. But I was tuned into my inner voice and it was telling me that this wasn’t right for me anymore. It did feel hard to come to terms with that part of my life being over and, at times, I felt I had lost part of myself.  But, looking back, the complete opposite was true.

It was through the process of putting one foot in front of the other, taking regular action and moving forward towards something that called me so strongly, that I discovered a hugely important part of myself. The part of me that can make things happen.

So, what is the process? Well, it’s pretty simple. For those of you who have a quiet inner voice calling, find some time to get out your journal and do the following:

Achieving something in your life whether it is big or small involves the same process. Sometimes it can happen quickly and other times it takes time. Simply break it down into tiny, achievable steps and start moving forward. That is all you need to focus on.

For me, although it was a huge undertaking and over a decade of my life, it taught me that I am capable of anything. The thing that I had always been told that I wouldn’t be able to do, I went ahead and did it anyway. Maybe looking back that was the challenge. But along the journey, I learned patience, perseverance and persistence.

I now take these same qualities and I remind myself that I am more capable than I think I am when I am having a bad day or finding life a challenge. Over the past few years, I set up and continue to grow a business that I love, at the same time as looking after both of my children full time until they have been ready to go to preschool. I have been a full-time mum for the past five years and I am so grateful to have had this time. It has not always been easy juggling being a mum and running a business from home. There are days when I feel overwhelmed, drained and compare myself to others around me. But then I remind myself to refocus and remember that younger version me who sat in Starbucks doing her maths revision and was open to possibility.

As we are approaching the end of the year and the beginning of 2022, now is a good time to start thinking about any goals you may long to achieve. Not sure where to begin? Start by being quiet and allow yourself to listen to your inner voice, you know the one that keeps emerging from deep inside, the one that won’t go away. Yes, that one.

Whether you start listening now is up to you, but instead of automatically saying, ‘I can’t’, instead ask yourself the question, ‘Why can’t I?’ and see what opens up for you.

With this is mind, I am excited to say that I am now training to be a life coach, so that I can help other women listen to their inner voice and achieve their dreams by taking action in a series of small steps forwards. I have been listening to my inner voice again and have taken action. I complete my training in early 2022 and am so looking forward to being able to work in this way with others. So, if you would like some help on how to take the next steps forward to achieve your dream, watch this space… 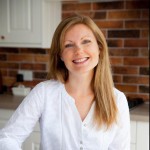 It’s amazing that women and men are now beginnin

For two years after I had my second daughter, I th

How to overcome the fear of failure around change

Book your complimentary 30 minute call today and see how I can help you.